The Physics major has been nicknamed by many, The Scientist. He credits Homer Kelly's book, The Golfing Machine, for many of his swing principles and philosophies. Bryson utilizes an unconventional approach as all of his irons are the same length, 37 1/2 inches, which is the average length of a 7-iron shaft (his favorite club). He has names for all of his clubs, for example his 60-degree wedge is named "The King" after 1960 Masters' champion Arnold Palmer and his 7-iron is named "Tin Cup" after the movie. Bryson wears a Ben Hogan-style cap during tournament rounds on the PGA TOUR and beginning with his professional debut at the RBC Heritage, gives away the hat to a lucky fan following each round.

Andres cites every putt he makes as his biggest thrill in golf. Marrying his wife, Kristin, is his biggest thrill outside golf. He never travels without his eyeglasses and would round out his dream foursome with his dad, Spencer Levin, and Bill Lunde. Andres broke his neck at the age of 11, which prevented him from playing contact sports and turned him to golf. He got his start in golf from his mother. He grew up playing junior golf with fellow professional Michael Putnam in Washington. Andres is 16 days older than Putnam. Andres supports charities that benefit pancreatic cancer research and cure. 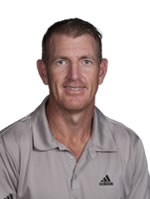 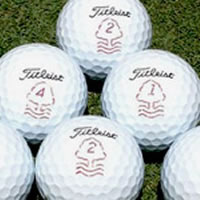 Was ranked as the No.1 tennis player in Nottinghamshire at age 13. Wife Jacqui was a national gymnast. Biggest thrill outside golf is watching his children succeed. Never travels without his phone. Would round out his dream foursome with his two children and his dad. Bucket list includes swimming with sharks and sky-diving. Charity involvement includes working with Wish Upon a Star, which helps kids with trips and medication. 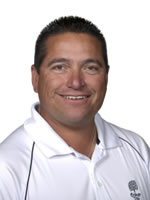 Robert Anthony Gamez (born July 21, 1968) is an American professional golfer who currently plays on the PGA Tour. Gamez was born in Las Vegas, Nevada, and is of Mexican-American descent. He attended the University of Arizona where was a member of the golf team. He played on the 1989 Walker Cup Team and dropped out of university to turn professional later that same year. He is possibly most well known for holing his second shot from the fairway on the tough 18th hole in the final round at the 1990 Nestle Invitational, giving him a one stroke win over Greg Norman. A commemorative plaque has since been placed in the fairway on the 18th hole at Bay Hill to mark the spot from which Gamez holed his 7-iron from 176 yards. 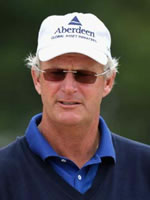 Alexander Walter Barr "Sandy" Lyle, MBE (born 9 February 1958) is a Scottish professional golfer. Lyle has won two major championships during his career. Along with Nick Faldo and Ian Woosnam, he became one of Britain's top golfers during the 1980s. He spent 167 weeks in the top-10 of the Official World Golf Ranking from their debut in 1986 to 1989. Lyle was elected to the World Golf Hall of Fame in December 2011 and was inducted in May 2012.